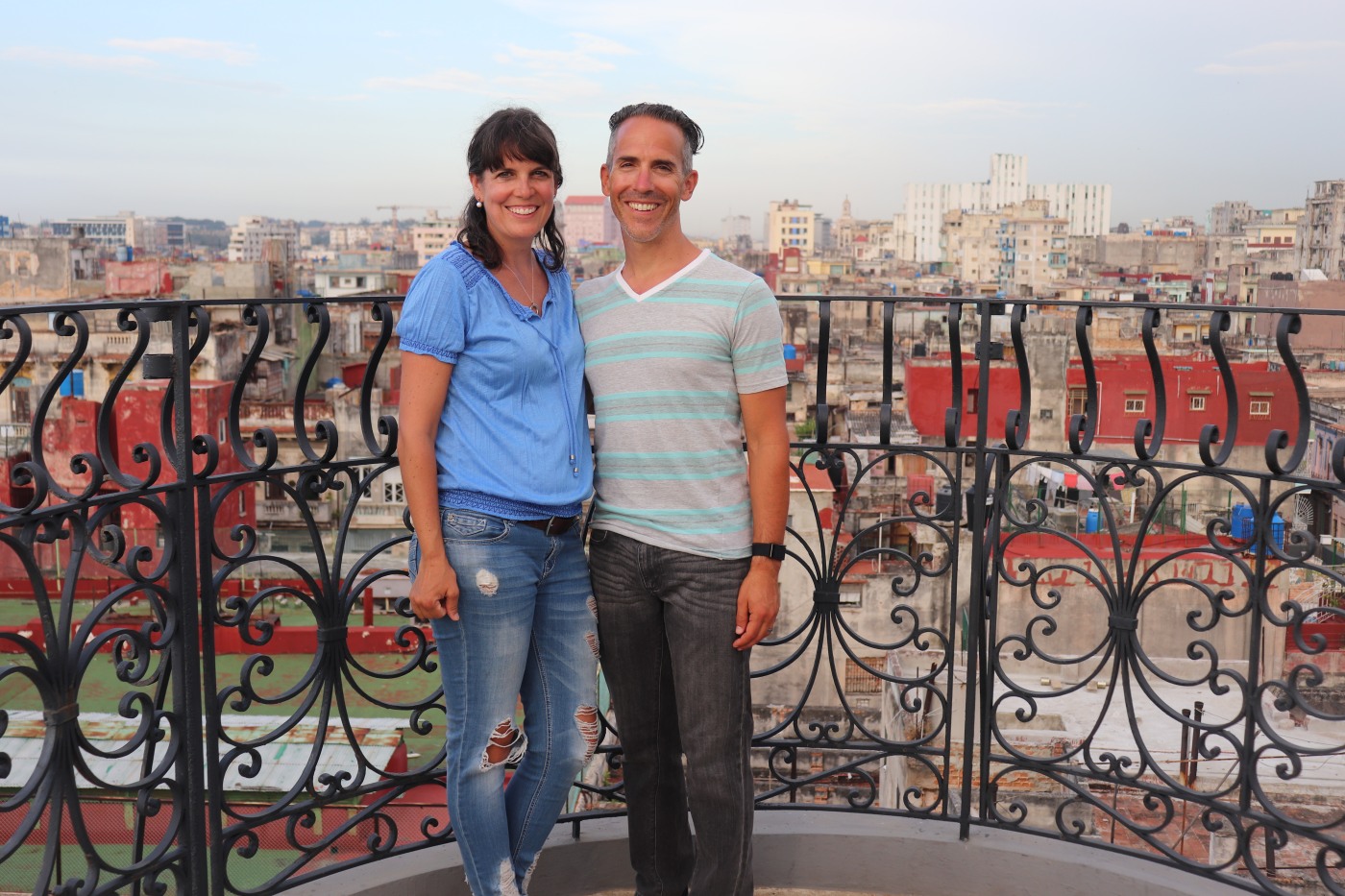 I really want to share about our trip to Cuba. Not because I want to brag via social media about this great trip we had. [Although it was A.Maz. Ing.]

I want to write about it because I want you to know what Cuba is like.

Because what I thought about Cuba before we went and what I think about Cuba now are vastly different.

Cuba. Forever in my heart.

You guys, Cuba is LOVELY. In every aspect of the word.

It’s a gorgeous blend of African, Spanish, Italian, British, Venezuelan and Chilean heritages. And each one of those cultural influences is evident in the daily life of Cuba.

Music. Art. Dance. Food. History. Sport. Leisure. Tradition. It’s all there in copious abundance. We couldn’t have picked a more culture rich trip to take. Really, it was our dream trip.

It’s kind of crazy, actually, because it takes less than an hour via plane to get there from the U.S. and yet it feels WORLDS away.

Here’s my first impression of Cuba, as seen from our Southwest flight:

We went as a part of a small tour. There were nine of us in the group. Our tour guide, Atila, was the best part about our trip to Cuba.

He clearly loves his country and enjoys sharing it with people, but he also wants us to know the truth. One of the first things he said to us is “I will never lie to you. Ask me anything.” And he meant it. And we did. We had some great question askers in our group. (Ahem, Little Roy.)

So to those who’ve asked about whether we saw “the real” Cuba, the answer is yes.

Of course, like any place, Cuba is complex and cannot be summed up with one broad brushstroke. But all those things you’ve heard about it being stuck in time? They’re true. It’s wild.

After we met up with our group, we spent the first two and half days exploring Havana.

This city is unlike any place I’ve ever been. It’s as if someone knocked the plug out of the wall in the 50’s and everything stopped. The city is made up of beautiful, Italian and Spanish style architecture. The building have terraces and balconies, but the facades are crumbling and stained with 60 years of life. The streets are full of vintage cars, bicycles and pedestrians. Pay phones are everywhere and still used. It’s like a crazy mix of the 1950’s and 2019.

[Side note: Havana is a very safe city – one of the safest. We were told that by several people, but also experienced it ourselves. We felt very safe walking around after dark in an unfamiliar city. And unlike Europe or even places in the U.S., despite all the people, we didn’t worry about pickpockets. No one bothered us.]

And then there were the cars. I’d heard about them, of course, but seeing them is another thing.

The next day, we toured Havana in one of those vintage cars. Our driver, Julio, introduced his car as Nadine. She happened to be my favorite color.

One of the best Cuban rums is called Havana Club. It is exported all over the world. Except to the United States. We cannot get it here. We brought back a bottle.

We spent a [very hot] afternoon at Ernest Hemingway’s home. It was a beautiful home and he was a fascinating man.

After a couple days exploring Havana, we headed an hour and half east for a few days at the beach. Varadero Beach was easily the most beautiful water I’ve ever seen.

Although according to Atila, it’s not always like this, apparently we came at the right time of year. The water was deliciously warm, there were no waves and you could see straight to the ocean floor for days.

And a few more just because I couldn’t get enough.

One of my favorite parts of the trip was the morning we spent visiting a farm called Coincidencia.

It’s out in the countryside. The husband is an agricultural engineer and the wife is an artist. So they have an organic farm with a pottery studio. For the past 35 years they’ve worked to turn this farm into this amazing place of beauty and life and art.

They have over 3,000 different plant varieties. [I might be wrong on this number but it’s something impressive.] They grow all their own food. [Literally all of it. They have a rice paddy, even.] Animals roam freely. They keep bees. They have horses and pigs and rabbits and cows. They hold art classes. And there are sculptures everywhere.

You know how people talk about the “American Dream?” Apparently I have a “Cuban Dream.”

One last think to tell you about our trip. We took a lesson in Cuban salsa. And loved it! Enough that we’re considering more lessons.

So that’s it. I loved every moment in Cuba. The group we traveled with was fantastic. Here we are at our farewell dinner.

This was the perfect trip to celebrate 10 years.

Cuba is actually a pretty good analogy of our marriage … complex and complicated, hard and messy and yet breathtakingly beautiful.

2 thoughts on “Here’s to Ten Years”